It isn’t the statues, the stained glass or even the pillows on the graves at Southdown Cemetery that bother Terrebonne Councilman Alvin Tillman — it’s the colors on the tombs.

He does not like the red one, the yellow one, the soft dove gray or any of the shades of blue that about a dozen of the tombs have been painted. And he says other people have complained about it too. 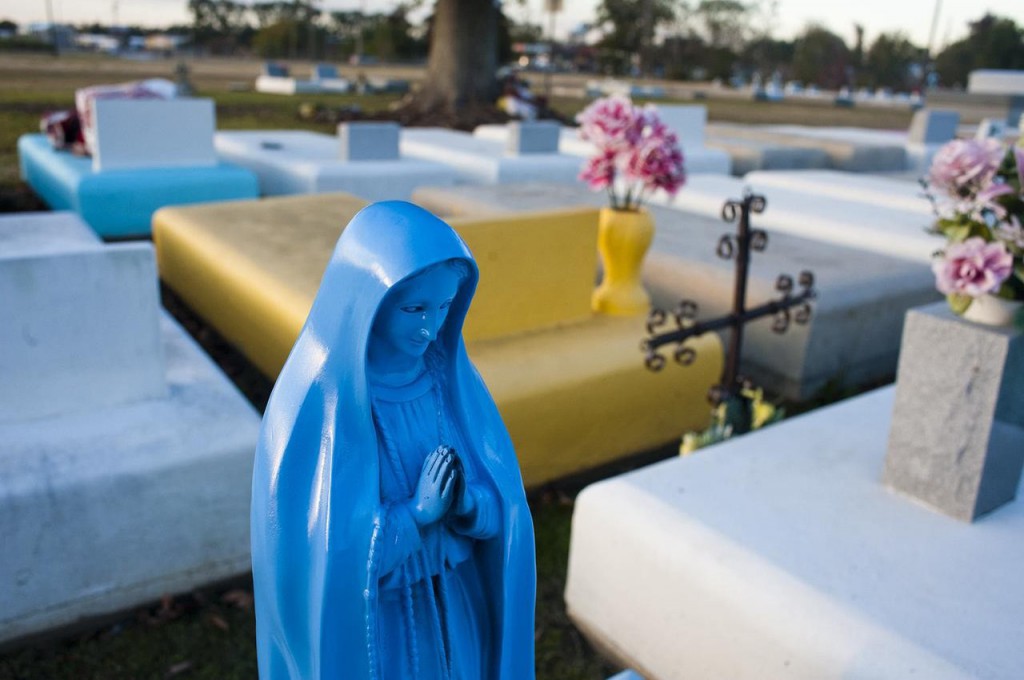 “We want to stop this before it gets out of hand,” Tillman said. “Before you know it you’ll go out there and the cemetery will look like Mardi Gras.”

Tillman wants it to be illegal to paint a tomb anything but white.

He has proposed a law restricting the color a tomb can be painted. The law would also require those who have already painted their tombs to repaint them white.

The Development and Planning Committee unanimously approved sending the proposal to the full council. A public hearing on it will be held on Jan. 11.

If it passes, violators could be charged with a misdemeanor, said Patrick Gordon, director of Development and Planning for the parish.

“We don’t want to see it get out of hand,” Gordon said. “I mean, what if someone wanted to paint their tomb LSU colors? I don’t think purple and gold would be appropriate there.”

The law would apply only to the three public cemeteries in Terrebonne Parish.

To be buried in one of the public cemeteries, the family must pay $10 for a permit. They do not get a deed to the plot, which is just big enough to hold one of the vaults that goes about 3 feet into the ground, and rises about 1 foot above it, Gordon said. Unlike the family tombs in many Louisiana cemeteries, where generations are buried as the bones of the dead are moved over to make room for the recent dead, these tombs are for single burials. If a second person is to be buried, a small separate tomb is added to the top of the old one, Gordon said.

Angie Green, executive director of the New Orleans organization, Save Our Cemeteries, which is dedicated to restoring and preserving Louisiana’s unique cemeteries, urged the council not to prevent the painting. In a letter to the editor of the Houma Courier, Green pointed out that “historically, the limewash used on family tombs was colored in shades of yellow, ochre, pink, gray and red.” She said white paint has only recently been used on tombs.

You can see it in the way people treat the tombs there.

A half-dozen toy cars are lined up atop the tomb of a 2-year-old, and a worn teddy bear perches atop another.

Religious statues, stained glass ornaments, even pillows adorn many more of the raised tombs crowded into the cemetery.

At Community Funeral Home, which does many of the burials at Southdown, company president James Mathews said there have been no complaints about the colored tombs.

Ora Poindexter, whose late husband Donald is buried at Southdown, said she wanted to paint the tomb his favorite color, yellow.

“But my children said not to,” she said. “I thought it would be nice, but they said keep it white.”

“I don’t know why she did it,” Francois said Thursday. “I liked it better before, but it looks OK.”