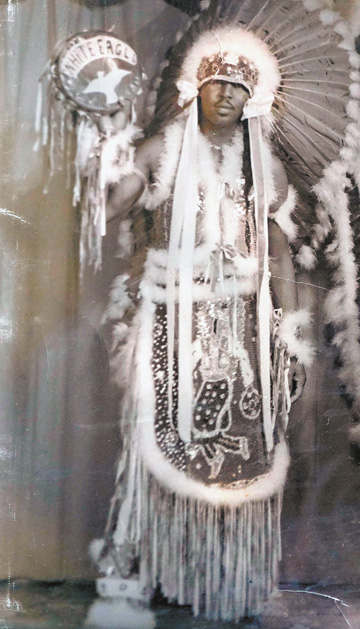 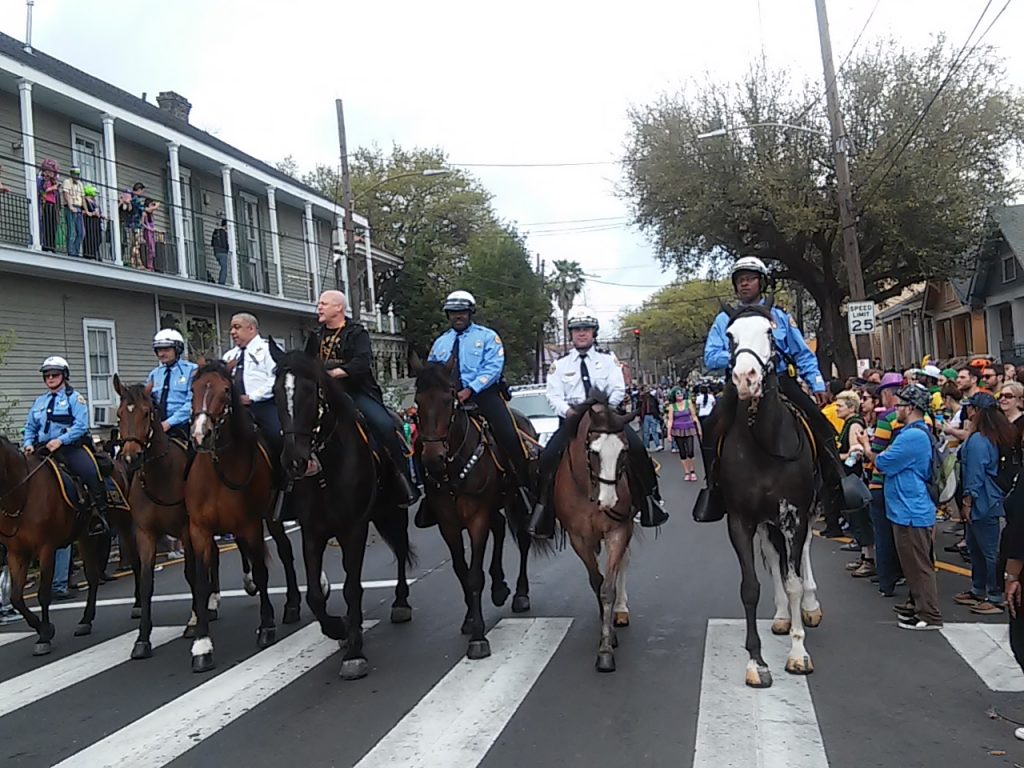 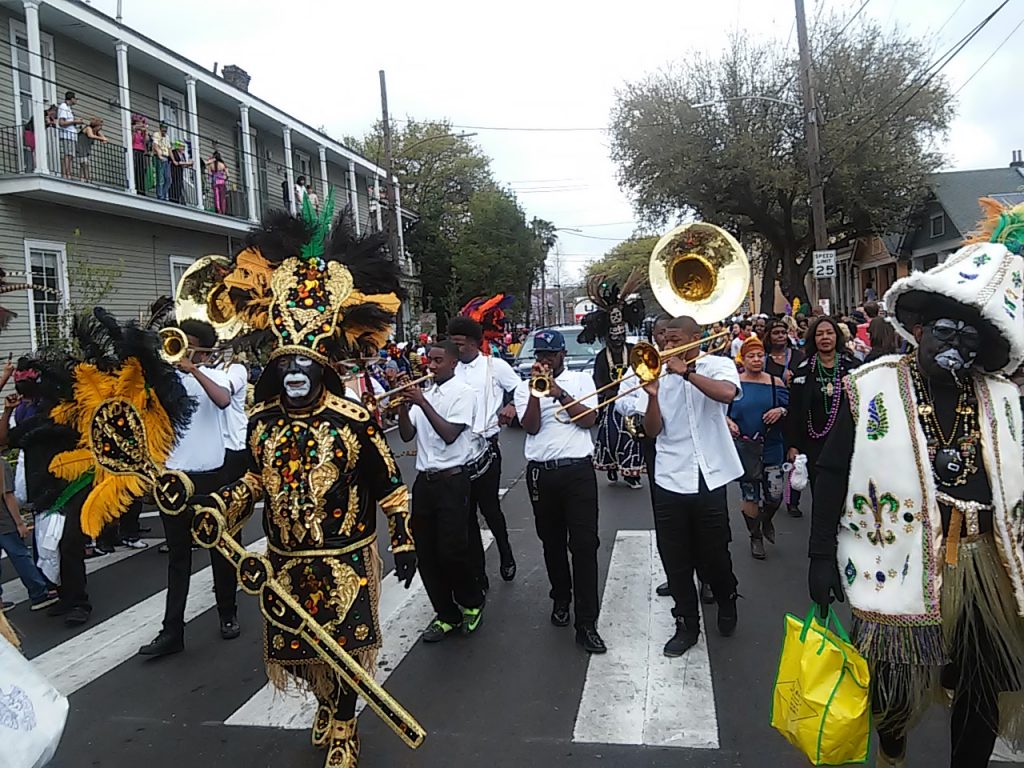 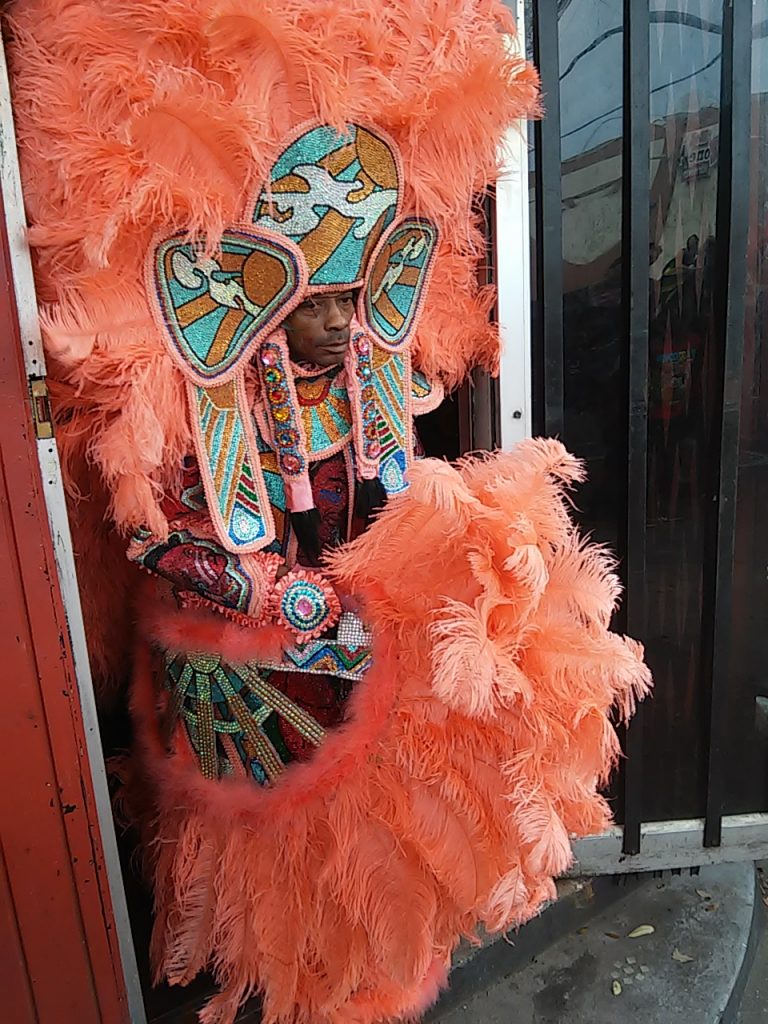 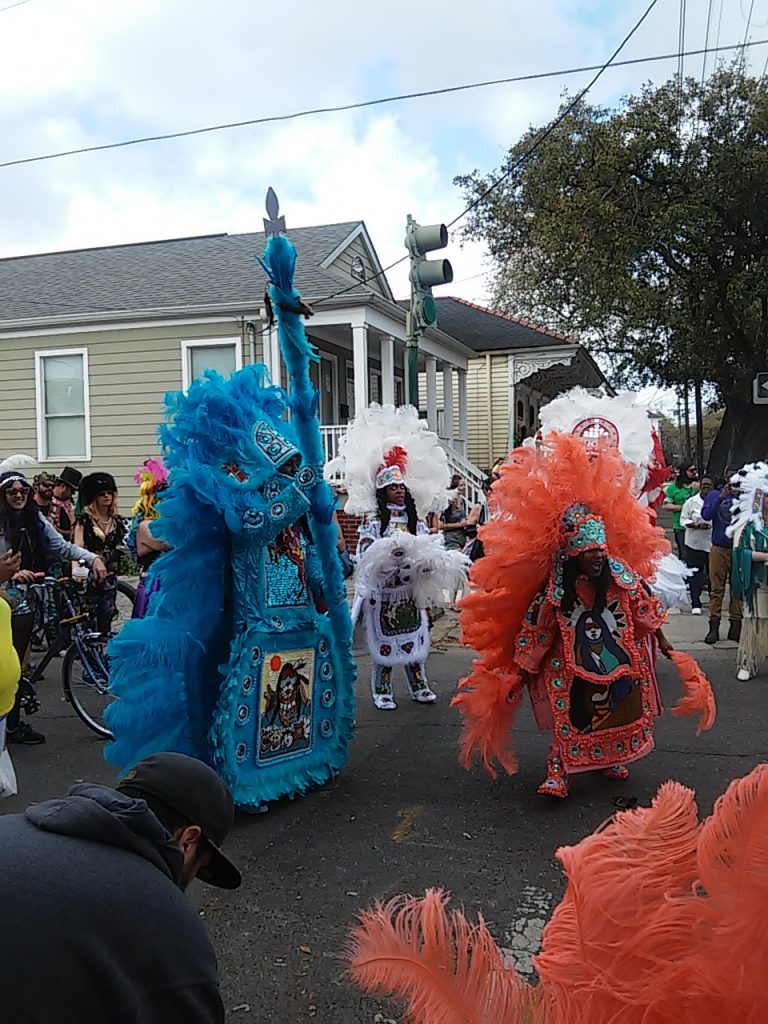 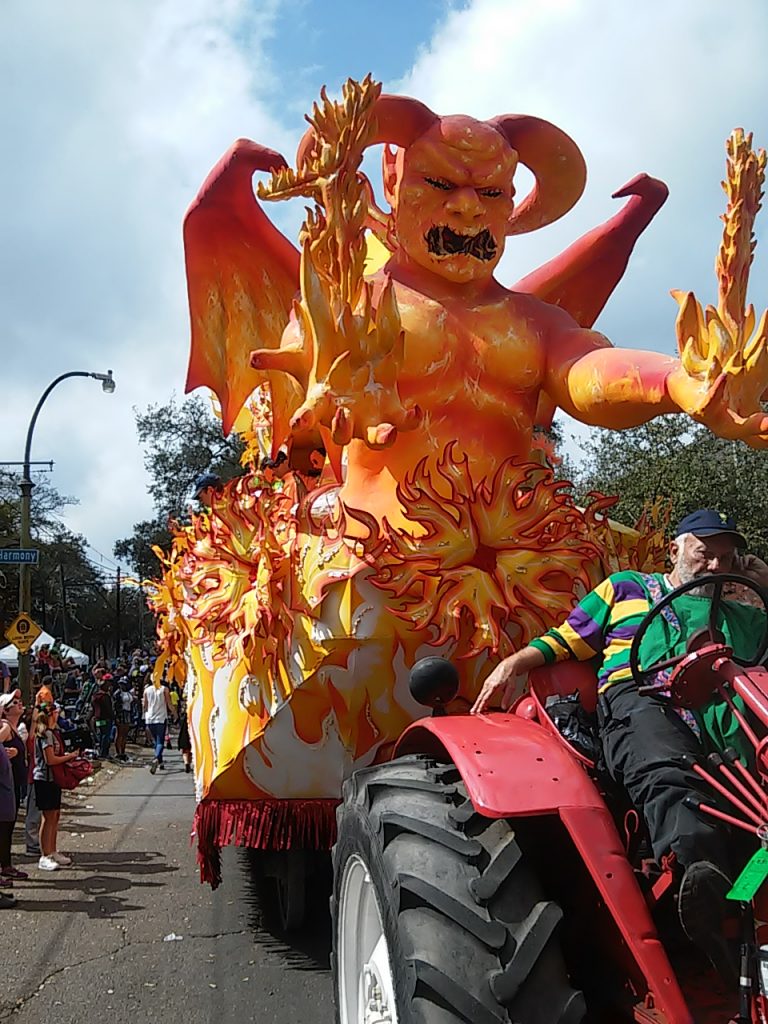 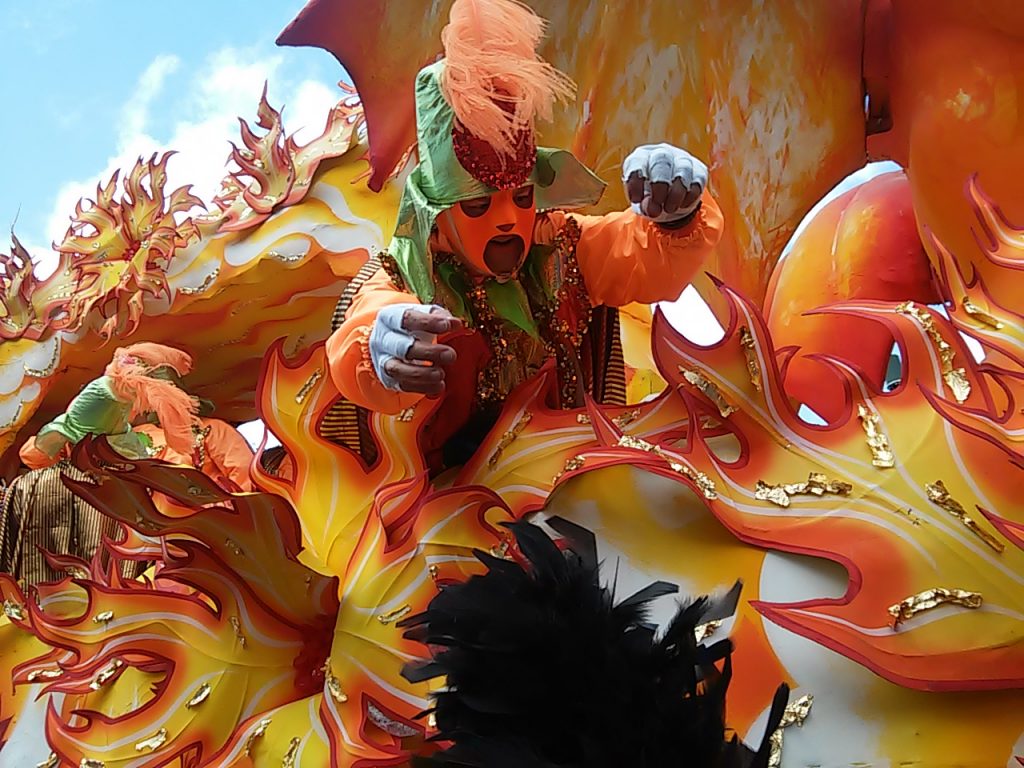 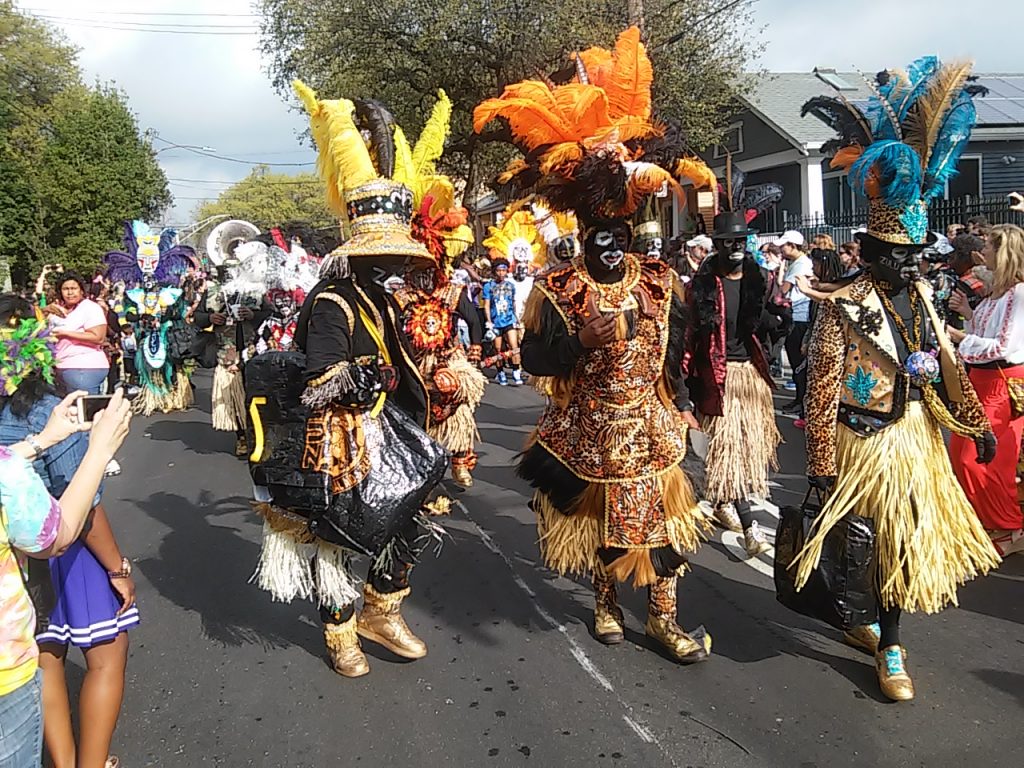 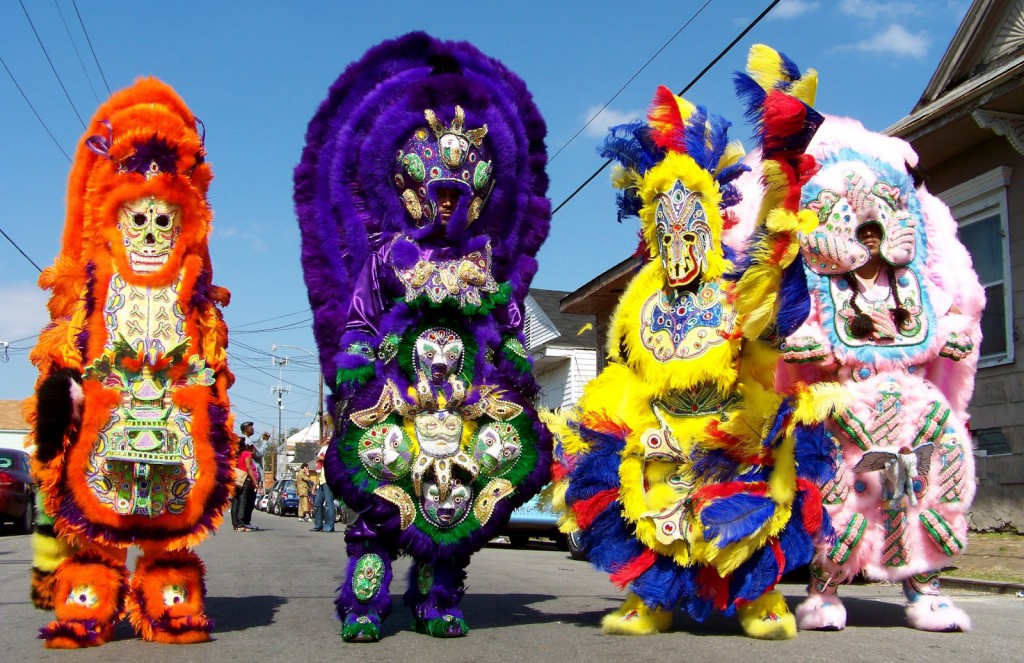 The Mohawk Hunters from Algiers came to Orleans Parish Prison to show inmates how to sew patches for Mardi Gras Indian outfits. It is rare for a story for one of my two blogs to be appropriate for the other, but that is the case here. For me at least, that is cause for a small celebration. 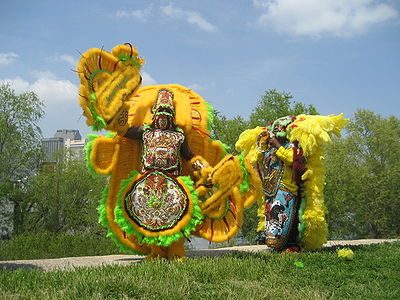 Central to this story is the Alternative Learning Institute (ALI) and Tyrone Casby, principal of ALI and Big Chief of the Mohawk Hunters. The project is the Mohawk Hunters Cultural Journey and they brought a message of transformation from violence to pride. In the past, a culture of violence permeated the Mardi Gras Indian culture. Over time, feelings of pride in their sewing efforts and attaining proficiency in their craft replaced the violence.

Roughly 42 inmates took part in the program. Each participant worked and completed their own patch. The address I found on Google maps for 3000 Perdido St., New Orleans, LA  70119 is Orleans Parish Prison and that’s the address for ALI.

Sheriff Marlin Gusman praised the work of Casby and the Orleans Parish School Board for its funding of the Alternative Learning Institute and the many people necessary to provide the courses and other programs to inmates who choose to sign up.