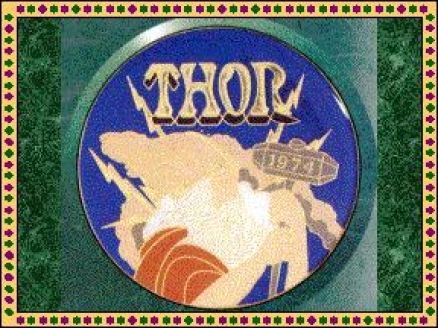 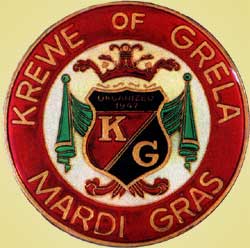 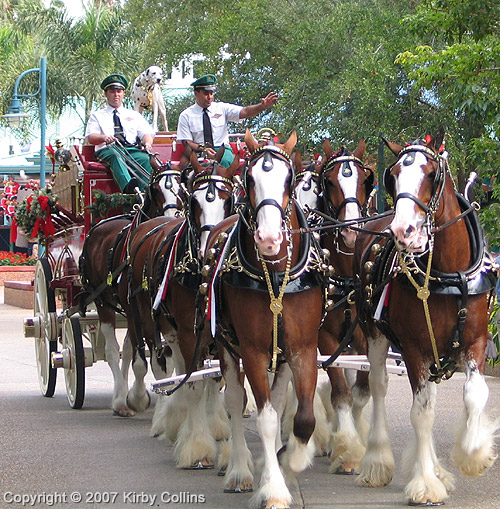 The Clydesdale breed is a heavy draught (work) horse breed originating in Scotland and improved through crossbreeding with Flemish stallions. They were introduced into America as a draught horse used to pull a load.

In 1933, August A. Busch, Jr. introduced the first Clydesdale hitch to celebrate the end of Prohibition. Today, three eight-horse hitch teams travel the US, making more than 400 appearances annually.

The Clydesdales travel in style. Each eight-horse hitch is transported via caravan in three fifty by eight-foot custom designed vans with air cushion suspension, thick rubber flooring to ease the rigors of standing. Vent fans and insulation assure fresh air and comfortable temperatures.  The caravan stops each 100 miles while traveling and at night to attend to the horses’ comfort.

Weighing in at slightly more than one ton, each gelding eats 25 pounds of pounds of beet pulp, crimped oats, bran, minerals, salt, and molasses daily, plus 55 pounds of hay.

In 1950, the first dalmatian appeared for the Newark Brewery Opening. They have been the official mascot ever since.

Grooming and dressing the Clydesdales is a massive undertaking. It takes an average of 45 minutes to wash a single horse. Braiding ribbons into the mane and tail takes another 20 minutes. Then into the black and brass $35,000 custom-made harness-ware.  In all, it takes five hours of strenuous work to ready each animal to meet their public, and they sometimes make two appearances in a day.

In the New Orleans area, the Clydesdales are stabled at the local Budweiser Distributor:
Southern Eagle Sales & Service
5300 Blair Drive
Metairie, LA 70003
They always have a nice display set up and you can come out and pet them and meet the handlers who take care of them and travel with them.