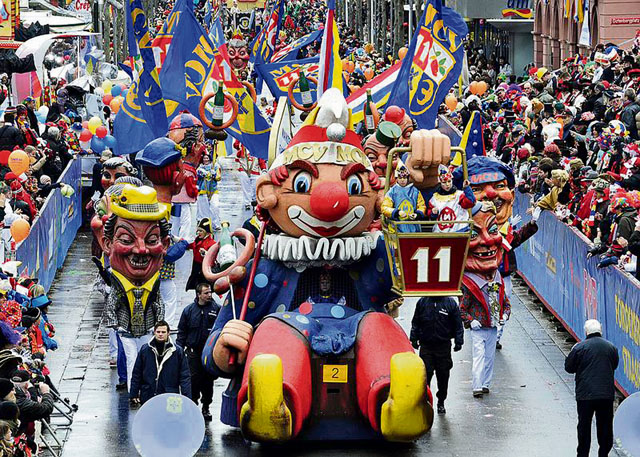 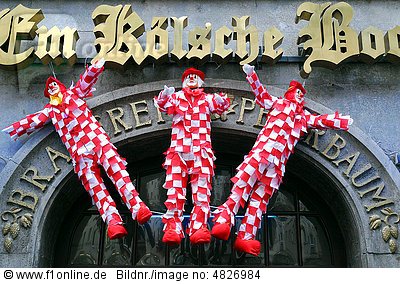 Carnival or Mardi Gras goes by many names in Germany, depending on the region and dialect. Whether you call it Fastnacht, Fasching or Karneval, it is a time for revelry, humor, and satire. They are all one and the same thing: pre-Lenten festivities celebrated in grand style in mostly the predominantly catholic regions of the German-speaking countries. The Rhineland has its Karneval; Austria, Bavaria and Berlin calls theirs Fasching; and the German Swiss celebrate Fastnacht.

Although its origins go back to ancient pagan times, it is the Romans and the Italians to whom the Germans owe many aspects of their celebration. The former Roman settlements of Cologne, Bonn and Mainz still celebrate Karneval, the “fifth season.” For more about Carnival in Austria, Germany, and Switzerland see the article Die fünfte Jahreszeit.
Fasching, also nicknamed fünfte Jahreszeit or närrische Saison by Germans, officially begins in most regions in Germany on the eleventh of November at 11:11 am or the day after Dreikönigstag, so on January 7th. The big bash celebrations are however not on the same given date each year, instead the date varies depending on when Easter is held. Fasching culminates into Fasching week which begins the week before Ash Wednesday.
Soon after Fasching season opens, a mock government of eleven guilds (Zünfte) are elected, along with a carnival prince and princess who basically plan the carnival festivities. The biggest festivities are held the week before Ash Wednesday as follows: 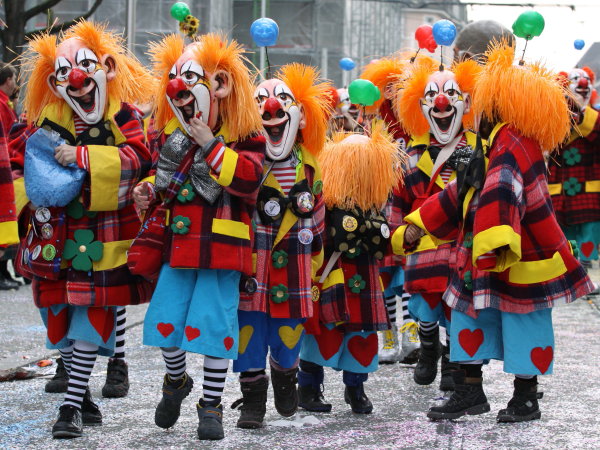 Fasching or Karnival celebrations stem from various beliefs and needs. For catholics, it provided a festive season of food and fun before the Lenten fasting period would begin. During the late medieval times, plays were performed during the Lenten period called Fastnachtspiele.In pre-Christian times, carnival celebrations symbolized the driving out of winter and all of its evil spirits. Hence the masks to scare away these spirits. The carnival celebrations in southern Germany and Switzerland reflect these traditions.Further, we have carnival traditions that can be traced back to historical events. After the French Revolution, the French took over Rhineland. Out of protest against French oppression, Germans from Cologne and surrounding areas would mock their politicians and leaders safely behind masks during carnival season. Even today, caricatures of politicians and other personalities can be seen boldly portrayed on floats in the parades.
Helau and Alaaf are carnival cries to state either the beginning of a carnival event or greetings declared among carnival participants.
Carnival Fasching Germany Mardi Gras
Go to Top