The West Bank Loses Another Parade!!

I’ve written about the problems Carnival on the West Bank is having recently, when the Krewe of Choctaw left the West Bank after more than 75 years. After a test year parading down the historic St. Charles Avenue route, they are making the switch permanent.

Now, the mighty Krewe of Alla, after 80 years, is making the change also, leaving only three parades- Grela, NOMTOC, and Adonis. Alla claims financial concerns are forcing the change. It’s true Alla has lost a lot of members over the last few years, as they only have 175 right now. The Captain said a few months ago  they would move the parade if they couldn’t attract 200 new members. In my estimation, they didn’t allow enough time to gain those members. Two or three months isn’t realistic. We are in the Mardi Gras ‘off season’, and even though behind the scenes many Mardi Gras businesses and krewes are in high gear planning for Mardi Gras 2014, the average carnival participant isn’t focusing on Mardi Gras this time of year. It’s unrealistic to ask for 200 new members on this basis. It seems to me that Alla planned to leave the West Bank all along. 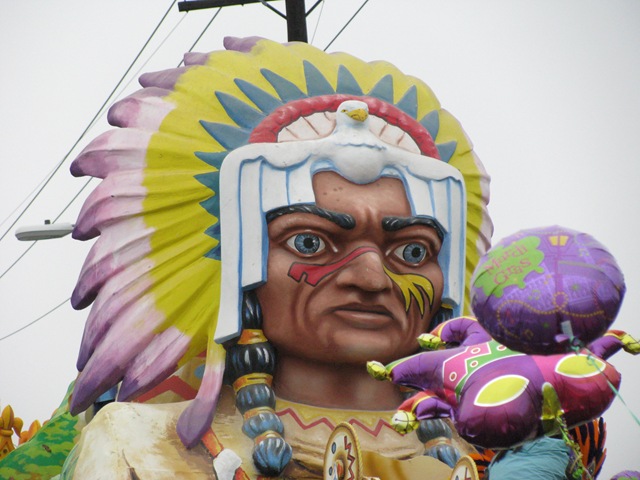 Choctaw’s growth aspirations are much more realistic. They say they have 200 members, and hope to gain 50 new recruits. For this reason, I back Choctaw’s move far more than Alla’s. Obviously, the long, colorful and successful tradition of parades on the West Bank is in serious danger. When you only have three parades over the Carnival season, you don’t have a parade season, just a single parade every few days. This is a very sad development. The lure of the most famous parade route in the world, St. Charles Avenue, is very strong. In Orleans Parish, as police and sanitation costs rose substantially, neighborhood parades were told to abandon their historic routes in favor of St. Charles Avenue. Pontchartrain used to parade on Hayne Boulevard, by Lake Pontchartrain. Freret used to march down Freret St. Now, both go down St. Charles Avenue. As a matter of fact, all Orleans parades except for Endymion march down St. Charles. 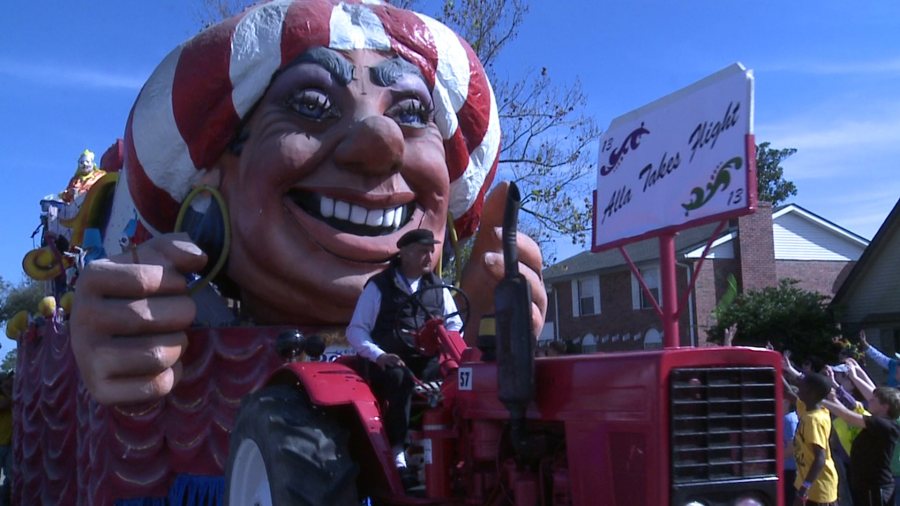 There is one new positive development that might fix the West Bank parade situation, it’s the spanking new Huey P. Long Bridge! Seven long years in the making, the new bridge cost $1.2 billion, making it the one of the most expensive construction projects in the the state’s history. The infamously thin Depression-era bridge has always been a mental and physical barrier to connecting both sides of the Mississippi River. Politicians and West Bank supporters have felt for decades that a wider bridge would lead to an expansion of the western areas of the West Bank, as there are still big patches of undeveloped land across the bridge. We’ll have to see if Carnival on the West Bank grows as well. 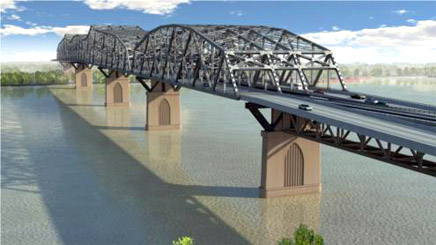 This entry was posted by NewOrleansMusicMan on June 16, 2013 at 1:50 pm, and is filed under Carnival New Orleans, Krewe of Grela, Mardi Gras, Mardi Gras parade, New Orleans, St Charles Avenue. Follow any responses to this post through RSS 2.0. You can leave a response or trackback from your own site.