What Happened to Sparta?? 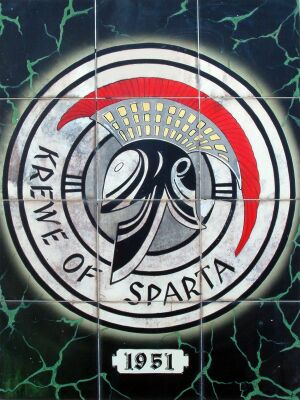 Saw Sparta last night on St. Charles Avenue. It was a cold and windy night, and I was counting on warming myself up at the Lighting of  the Flambeaux  that DIDN’T take place last night. 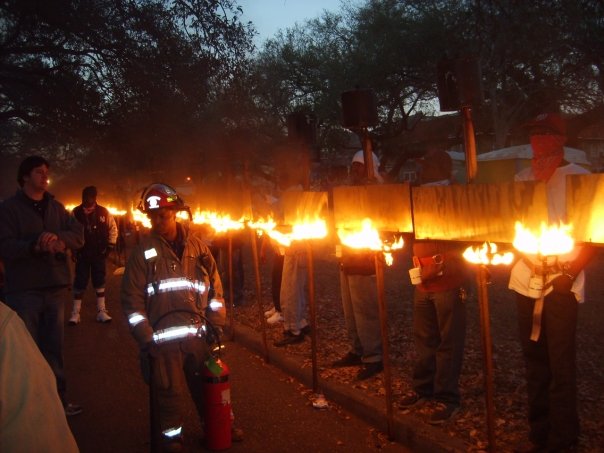 Where were the flambeaux? Where was the lighting?

After the first few traditional floats, such as the Captain’s Float, the floats were attractive  but they didn’t have the usual old time look and there were fewer bands. The whole parade passed in well under one hour, which is remarkably fast for any parade down St. Charles Avenue, even Sparta, which always hurtles down the Avenue.

A spectacular signature float, a mule-drawn king’s float, traditional flambeaux, and mounted officers are just a few of the wonderful features of the Knights of Sparta street parade each year. 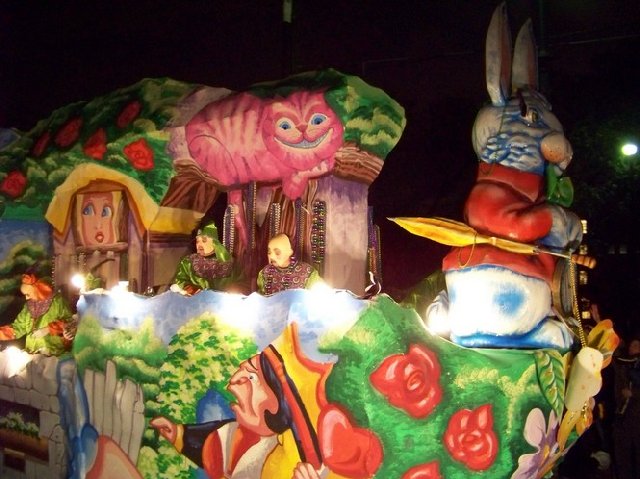 This entry was posted by NewOrleansMusicMan on February 7, 2010 at 1:53 pm, and is filed under Carnival, Mardi Gras, Mardi Gras parade, Mardi Gras Parade. Follow any responses to this post through RSS 2.0. You can leave a response or trackback from your own site.