I have been reading other lists of Mardi Gras parade rankings and not agreeing with the ratings. Granted, my opinions are as subjective as the next persons. I count factors like which krewes’ reputations are growing in the public eye.

Tie, 1 & 2- Krewe du Vieux and Muses. KdV is a very large grass roots affair that follows historic tradition seriously, allowing them to roll in the French Quarter and Marigny. Their floats are pulled by mules; they are smaller than regular parade floats. They throw buttons, wooden doubloons, and other original throws. They only hire local brass bands who play more than other marching bands and play far funkier music. KdV’s floats skewer the worst of New Orleans.

Muses also has many ideas of their own and the public adores them. Their reputation has come on like gangbusters over the last decade. They invented the first icon, all original throw that has caught the public’s imagination since the Zulu coconut, the decorated ladies shoe. Every year they come up with novel throws. They have cornered the market and raised the bar substantially on dancing groups such as Rolling Elvi, Glambeaux, 610 Stompers. Pussyfooters, etc. They are a large organization like KdV who take their parade and their party very seriously. Muses has opened the door for women who want to be part of a modern, cool, and fun parading krewe experience. 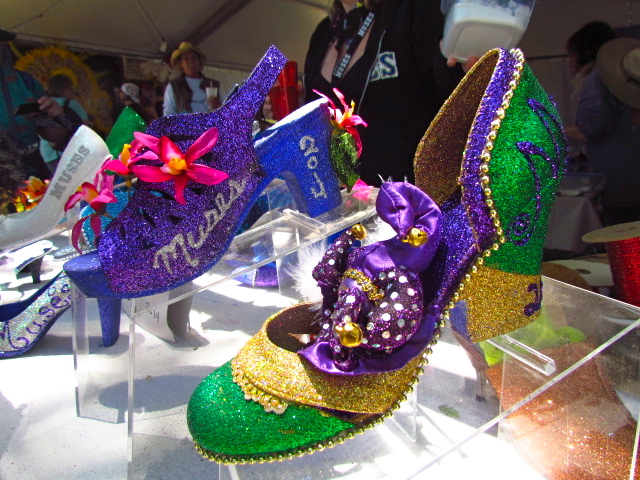 3. REX There is only one REX, King of Carnival. It’s true. Founded in 1872, they are responsible for purple, green and gold being the official colors of Mardi Gras. They roll in very old wooden wagon chassis with wooden wheels from the 1800s. REX marches at 10 am Fat Tuesday, and the bright light that time of day illuminates the floats’ gold foil so beautifully.

On Mardi Gras Day, REX is truly King of New Orleans, as the mayor hands over the keys to the city to the reigning monarch.

Their signature floats- the King’s Jester, Boeuf Gras (Fatted Cow), Streetcar Named Desire and His Majesty’s Royal Calliope are well known throughout the land. REX had one of the first charity aspects to their krewe and it remains strong in the new millennium.

Gods of All the Ages is this year’s REX theme, the topic reflects gods and goddesses from antiquity. REX works hard at developing an original theme and displaying it brilliantly on its floats. 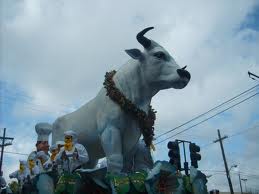 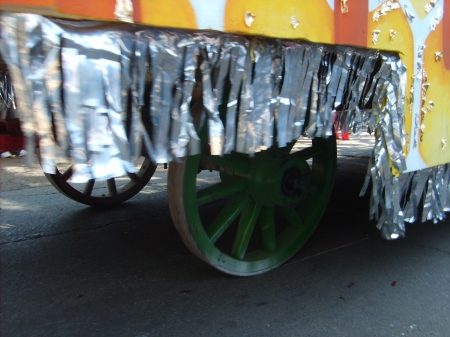 4. Proteus- The bands aren’t that great, and the riders are haughty, but the floats are so damned gorgeous and the traditional flambeaux kick butt all season. Now that Momus and Comus are no more, the only night time parade from the 1800s is Proteus. The float riders always keep their masks on and wear beautiful costumes.

There are no better floats in all of Carnival. This 2010 Proteus float is my favorite float out of so many other favorites.

5. Zulu- Zulu is a one of a kind parade, as all of my top 5 parades are. Zulu has the original icon Mardi Gras parade throw- the Zulu coconut! There is nothing like it anywhere else in Carnival. Zulu has great bands, great throws, and they are the only major parade except for Endymion that doesn’t march down St. Charles Avenue. 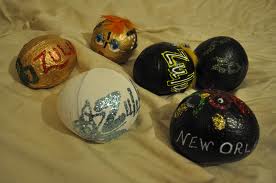 6. Bacchus- The original super krewe, with a lot of signature floats the public loves such as the Bacchagator, Bacchasaurus, and Baccha-Whoppa. Their King Kong, Mama Kong and Baby Kong floats are perennial favorites. 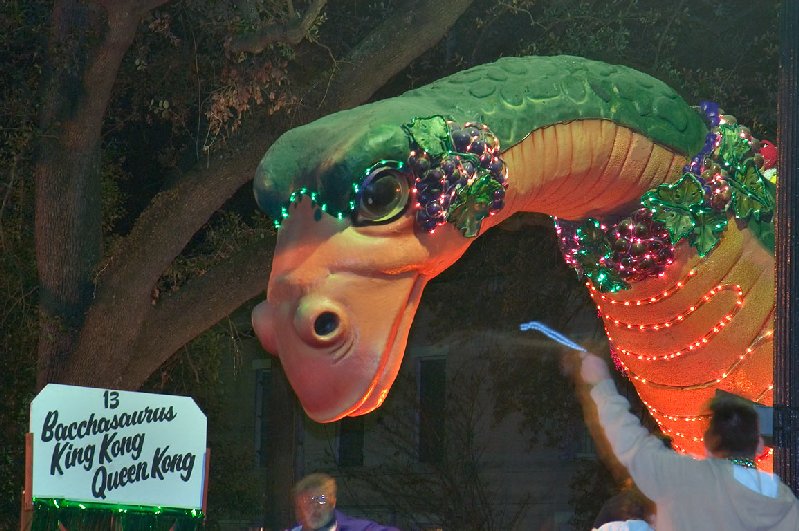 Bacchus, the Greek god of wine, has been portrayed by celebrities including Raymond Burr, Bob Hope, Dom DeLuise, Charlton Heston, William Shatner and Kirk Douglas, and Dick Clark. Bacchus was the first parade to feature a Hollywood celebrity as ruler.

In 2014, the Krewe of Bacchus will be lead by celebrity ruler Hugh Laurie of the television show House.

7. Le Krewe d’Etat- d’Etat has style, earning this relatively high ranking.  All floats are original, they call their king The Dictator, and they have manufactured their own style of flambeaux which work and keep their carriers safe.

The Dictator’s “court” includes the Kingfish, the Special Man, the Minister of Misinformation, the Keeper of the Bones and the High Priest. d’Etat’s motto is Vivite ut Vehatis. Vehite ut Vevatis, which roughly translates to Live to Ride, Ride to Live.

The Krewe decides a new theme for their parade annually (raison d’etre), and it, just like The Dictator’s identity, remains confidential. Like many other parades, d’Etat’s floats are highly satirical.

8. Intergalactic Krewe of Chewbacchus- This description is from Wikipedia. The Intergalactic Krewe of Chewbacchus is made up of over 500 dues-paying members who call themselves BacchanALIENs. The group was founded by self-styled publicity stuntman and conceptual artist Ryan S Ballard and curator/events director Kirah Haubrich in the fall of 2010. They were soon joined by local attorney Brett Powers and together they comprise the three Overlords of the Krewe. Their signature parade contraption and mascot is a 7-foot tall Bar2D2 that dispenses alcoholic beverages pulled by a XXX-Wing tricycle. 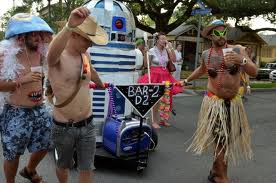 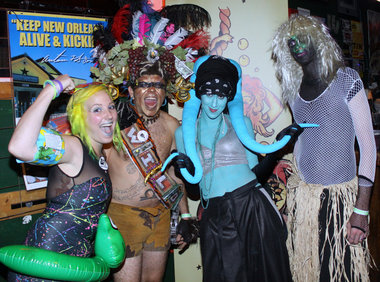 9. Chaos- Momus and Comus stopped parading, and a few years later, Chaos appears. There is a strong connection. Apparently the younger members of the two krewes weren’t OK with the decision to stop parading, so they formed Chaos. The floats are satirical, like d’Etat, Tucks and like Momus used to be.

The floats are old fashioned and smaller than the usual floats and super floats. Like Proteus, they use the old wooden wagon chassis and wooden wheels, and they employ the historic flambeaux, a beautiful sight.

10. Tucks- Any krewe that throws plungers, rolls of toilet paper and little plastic toilets that pee water is going to make my top 10 parade list. The Orleans Parish City Council this year gave some discussion to banning the toilet paper. The public outcry ended that crazy thought. Tucks has a really meaningful logo. No Latin for them, how about Booze, Beer, Bourbon, Broads?  Tucks has an a very irreverent attitude!

Back in the day, I used to have my own float in Tucks. I’d pay the krewe a cash payment, and they would let me bring my decorated stake bed truck into the parade. That doesn’t happen anymore, parades regulations are very strict about extra vehicles entering the parade.

Tuck’s Toilet Bowl Float is one of a kind. 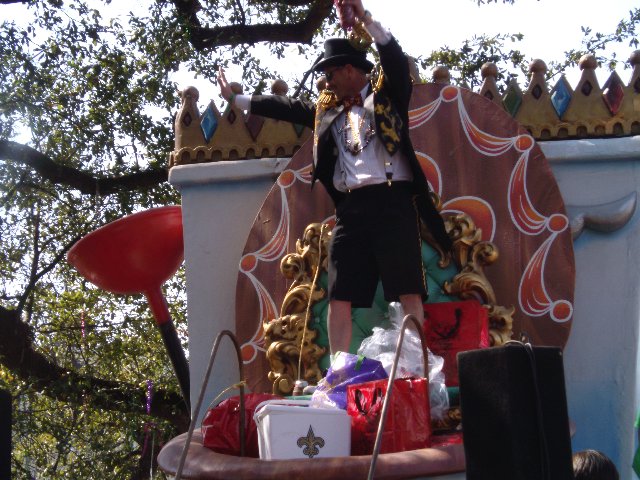 This entry was posted by NewOrleansMusicMan on February 21, 2014 at 9:03 pm, and is filed under Carnival New Orleans, Fat Tuesday, French Quarter, Krewe of Muses, New Orleans, REX Parade, Zulu Coconuts, Zulu Parade. Follow any responses to this post through RSS 2.0. You can leave a response or trackback from your own site.